The Start of a Movement 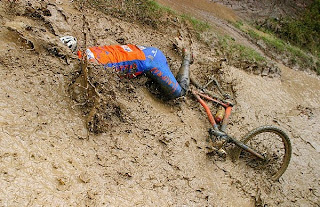 The Start of a Movement

Most people at some point in their lives have a moment, some point of clarity that might even be construed as an inspiration. One of mine occurred a short while ago. It wasn’t really a moment or single instant but rather a slow simmering of an idea that evolved over a couple of weeks and came together when all the stars aligned.

My first moment of inspiration came about when I decided to host a bike race. Now hosting a bike race isn’t really that monumental of an idea. Certainly not an epiphany by any stretch. That will come later in this story. But of course my idea of how to properly hold a bike race runs tangent to what most would consider normal. No surprise there. My basic thoughts were 3 fold. First in any race there is too large a disparity between the fastest and slowest riders even when broken out by ability categories. Secondly there seems to either not be enough racing, or maybe too much of the same thing. Finally, so many race venues and the surrounding vibe are just plain vanilla boring. So I set off to “fix” these problems and Double Cross was born.

To solve issue # 1: How can I level the playing field to even out a rather huge range of talent. Hmmmm? Double Cross # 1. The race director (me) has the right at any point in time make riders repeat parts of the course. That’s right, kind of like Chutes and Ladders. Ride too fast and BAM you go back and repeat a section.

Issue # 2 was a little more challenging but ultimately helped with issue 1 as well. We would hold 2 races back to back. Double Cross or 2 cross races. Now the beauty of this second race allows the race organizer (me again) to again handicap the faster riders. The start sequence for race # 2 will be reverse finishing order of race number one with some predetermined time gap between racers. So the slower races will in effect get a head start on the faster ones.

Issue # 3 was perhaps the biggest stumper. How can we make cyclocross racing even more fun than it is? Well for starters we will need a groovy sound track with some thumpin’ 70”s disco music. Throw in a disco ball, some beer and the hottest gogo/podium girls in all of Saltsburg and you no longer have a bike race but rather an unbelievable party. And sure enough when all these items came together it became an epic event by all accounts!

Now let’s move to the true epiphany that befell me in a rather serendipitous manner. (Where is my creative writing teacher who failed me for poor vocabulary now?) Anyhow back to the breakthrough. After the blowout success of Double Cross I was behind me, it was time to up the anti. How can I make the whole bike race thing even more fun? Well like so many other things….make it stoooopider silly.

Right then, clunker cross was born. Let me explain. Clunker Cross started as an idea where riders would bring any old beater to race on a short course cyclocross style track with lots of tight twisty off camber turns that would make bike handling difficult at best. The original idea was for everyone to draw a random clunker from the pile and then have a mass start race in excellent view of the spectators where they could watch and laugh at a bunch of buffoons racing ill equipped bikes and crashing all over the place. Well the spectators would have an excellent view except for the race being held at night, but that’s another story. At least that was the plan until only a couple clunkers were deemed worthy of racing. Then a second bit of serendipity occurred. Mark showed up with a clunker. A truly worthy candidate that he was very stoked to show me. “Check out this baby Mike,” he exclaimed. There she was, an early 80’s teal green Schwinn Woodlands comfort cruiser, complete with spattered black paint accents. It was spectacular! Perfect for Clunker Cross. I know that many of you bike snobs are having a hard time getting jacked about such a bike. And typically I wouldn’t either. Except I had the exact same bike, sitting in my garage, also waiting to be ridden in Clunker Cross. That’s when it happened, the birth of The Woodlands Memorial Double Cross Clunker Relay Race.

So now the second race for Double Cross II was going to be a team relay race where each team would pass along one of the wonderful Schwinn Woodlands to his teammates, like a baton. Well like a baton except this baton has two wheels and you ride it. To add to the stupidity, we’d add a mandatory beer hand-up right after the start of race. If you can imagine a bunch of mediocre bike racers riding around a challenging course in the dark on ill equipped bikes while being at least marginally incapacitated equals way too much fun and just perhaps the start of a movement!